What’s in your junk drawer? 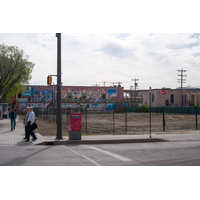 I have a friend whose son is on the cusp of adulthood. He’s at that wonderful stage when he thinks he knows it all, but only because he hasn’t yet learned how much he doesn’t really know.

Trying to impart some wisdom, my friend was trying to explain to his son what he should expect when he leaves the nest in a few months and heads out on his own for the first time. He told him that like it or not, his friends and acquaintances would be judging him every time they visited his apartment. His son said that was just fine, as he had everything he would need. When it came to outfitting his kitchen, he figured that he could make do with a couple of thrift store plates, a toaster, a microwave, a glass or two and some silverware he purloined from Denny’s. Anything else he would just toss in a junk drawer when anyone visited, hidden from view by his friends and any romantic interest.

Yes, the junk drawer. A hoarder’s dream. A place where all the flotsam and jetsam ends up, from old receipts and dried tubes of Super Glue to that crab cracker you were so sure you’d use all the time. Add in the random bread clips (they were invented in Washington State, by the way), and that spare bulb you kept for a strand of holiday lights you don’t even have anymore, and you have your classic junk drawer

Too many downtowns have their own junk drawer. They hold onto the past. They retain regulations, codes and zoning that fit downtowns of the 19th and 20th century rather than the 21st century. They believe that tourists will continue to come even though the festivals, shops and inventory are the same every year and parking is a nightmare. Even residents are avoiding downtown as it never seems to change.

Well, it’s time to get rid of the downtown junk drawer. My friend’s son may be able to hide things away from the prying eyes of visitors but you can’t hide a downtown’s flotsam and jetsam. Whether you are a traveler, tourist, visitor, business suitor, or a lone-eagle looking for a place to roost, you will judge a community by its junk drawer. It provides the first hint about the true character and quality of the people and business of any town.

The following are my top 10 items that belong in a downtown’s junk drawer so that the community can move forward and build economic vitality and sustainability.

Entryway clutter: In many towns, there’s a big sign that says “Welcome to…” dotted with signs for the local Rotary, Chamber, maybe a church or two, but beyond that, not a single sign directing them to attractions or downtown retail. Don’t let smartphones map people to the advertisers in your town. Control your own messaging and wayfinding. Direct visitors easily and quickly to your downtown with clear, attractive signage that isn’t blocked by overgrown hedges or worse, bigger signs.

Stroads: Stroads sound like a people-eating reptile from South America but in fact, they are street/ road hybrids that are unsafe, ugly and bad for the local economy.  Chuck Marohn, a recovering traffic engineer and founder of the non-profit, Strong Towns, coined the term.  Downtown visitors and locals don’t want to dodge traffic or try to talk louder than the cars zipping by. Stroads are the antithesis of a friendly, welcoming downtown and should be marked for extinction.

Chain restaurants: Chain restaurants are no longer attracting customers like they use to. In fact, a recent study indicated that traffic at chain restaurants is down by over four percent over the last year. Tastes are changing and you need to change with them. More people are watching food channels and discovering restaurants in small communities that are unique and close by. Rating services and social media are adding fuel to the fire and people increasingly are looking for locally sourced, local specialties or farm to table.

Absentee landlords: Most absentee downtown landlords do not have a vested interest in the community. Blighted buildings and long-term vacant properties plague downtown development and scare off tourists and locals. In many instances, communities can’t find the landlords because their residential addresses are not filed with the city or state. Downtowns need to accept the broken window theory. If one window is broken a second window will be broken soon. If the garbage isn’t picked up out front, more garbage will join it. The biggest mistake that downtowns can make is to believe there is nothing that can be done. More city councils are considering regulations that lay out a series of penalties for owners that abandon their properties.

Vacant downtown storefronts: Retailers are closing stores at a record pace. According to the International Council of Shopping Centers, closings in the first quarter of last year were equal to all store closings from the previous year. Many downtowns continue to place roadblocks in the way of new shop owners, whether it’s outdated zoning regulations, sidewalks in disrepair or territorial business associations. Pop-up stores, co-working shops, and maker spaces are just a few of the short-term answers to take down the for lease signs and grow new businesses.

Parking rules: Shopping and dining is the number one activity of visitors across the country. It is also the one activity that generates the most amount of revenue for the community. So why do communities discourage visitor by restricting the amount of time they can park? Unless communities have established a substantial quota for parking tickets, they will never collect enough money to make up for the loss of sales and taxes visitors bring in. All they will end up with are visitors who shy away from your downtown because it’s too hard to find ample parking with sufficient time to shop.

Early last calls: Retail planners use a four-times rule to determine a town’s major market area. The four-times rule states that for every hour of drive time to your community, visitors want four hours of things to do. Seventy percent of all consumer retail spending takes place after 6 p.m. It’s hard to keep the money flowing in if you roll up the sidewalks at 5 p.m. That may work for senior citizens like me, but once I leave, there is plenty of money to be made by the next generation.

Uninviting impressions. Appearances are everything. You can have the best restaurants and shops in your downtown but if it has no curb appeal, visitors may just drive right by. A fresh coat of paint, nicely kept planters, well-maintained signage and attractively merchandised store windows can greatly improve curb appeal without requiring a major investment. We all make judgments based on appearances because it’s the only guide we have.

Limited business mix. There are two types of retail stores downtown. There are the neighborhood stores that cater to the locals such as professional services, hardware stores, pharmacies, appliance stores, etc. Then there are retail outlets targeted to visitors. Neighborhood stores may bring in the locals occasionally but they do nothing to attract outside dollars from coming into your economy. Determine a mix that works best for all parties.

Rules and Regulations: All businesses have to obtain permits and licenses to operate. A downtown small business, especially food establishments, often has many rules and regulations they need to follow. While it’s important to protect public safety and health, too many regulations – or worse, conflicting regulations – can be a death sentence for a business and a downtown. Cities should regularly review all their business statutes, licensing and regulations to make sure they are still pertinent, don’t create conflicts and most important, are business friendly.

We all have our junk drawers and it’s a good idea to go through them now and then. Throw away the unnecessary or unneeded, fix what’s broken and straighten everything up so it’s nice and tidy. Just be sure to keep the crab cracker. You never know when you’re going to need it again.

What’s in your junk drawer?

Maury Forman was the Senior Manager for the Washington State Department of Commerce until his retirement in 2016. His focus was on creating healthy communities and developing a culture of entrepreneurship in rural areas. He was the founder and director of the award-winning Northwest Economic Development course at Central Washington University in Ellensburg, Washington where over 2,000 practitioners graduated.  He became the first recipient of the Finkle Leadership award from the International Economic Development Council in Washington DC for his “integrity, tenacity, and philanthropic spirit in the profession.” In addition to his many publications in the field of economic development, he also was the founder of three startup businesses. 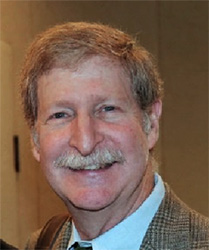