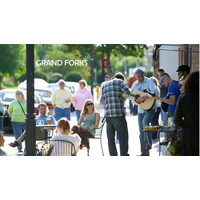 I was the keynote speaker at the North Dakota Main Street conference, one of the largest in the country, with nearly 600 downtown enthusiasts in the audience. After my session I met Governor Doug Burgum, one of the smartest governors in the country.

“Wait a minute,” you might be thinking, “how did you surmise that he’s one of the smartest governors in the country?“

Because Main Street tops his five major initiatives for the state of North Dakota.

Now you might be thinking, “Really? Main Street? A top initiative?”

For the past couple hundred years in the U.S. and Canada, people have migrated to where the jobs were located, typically in large metropolitan cities, near major transportation corridors, or where natural resources have created job opportunities. But now, for the first time in North American history, quality of life is leading economic development.

The term, “quality of life” is very subjective and overused, and most people think their towns have it. But in reality, there are three primary factors that are key components to great quality of life: 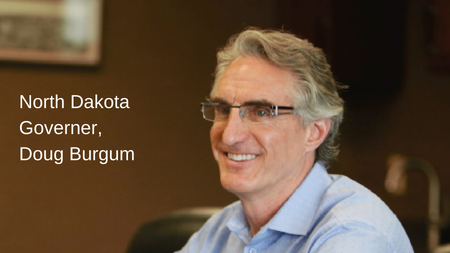 Dakota there are more than 30,000 family-wage jobs currently available (thousands paying more than $100,000 a year). But the state has a cloud hanging over it: “Who wants to live in North Dakota?”

It’s actually an amazing and beautiful state. It’s nothing close to the “frozen tundra” image it has for a good portion of the year. If there’s a cloud hanging over you, the solution is to tell a different story, or showcase something so great that it minimizes that dark perception.

In North Dakota, cities and towns need to reimagine and redevelop their downtowns: Programming them so they are full of life, particularly after 6:00 pm, with an orchestrated business mix and cultural depth, in an attractive, pedestrian-friendly, intimate setting. A downtown like this makes those winter months absolutely “worth it.”

Believe me, I know, but from an opposite perspective. You see, I live in the Phoenix area of Arizona, where I often quip that we live in the Valley of the Sun eight months of the year, with fabulous weather, but yes, the other four months we live on the surface of the sun. But “it’s worth it,” because of the lifestyle—or quality of life.

Downtowns are back and more important than ever. They should be at the very top of your priority list. The heart and soul of any community, besides its people, is its downtown. It’s your nucleus. It’s your Third Place: The First Place is your home, the Second Place where you work, and the Third Place where you go to hang out.

is on the right path and has his priorities for North Dakota in the right order. Coming from the BurgumGovernor private-sector, and having invested in downtowns, the Governor has seen proof that investing in Main Street actually works!

This is a priority every state, every province, and every community needs to put at the top of their list.