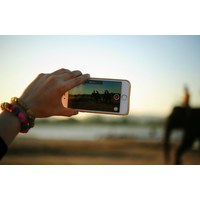 Most of us can’t imagine a world without the Internet and social networking. What would we do without YouTube?! The cultural phenomenon allows anybody, anywhere the chance to become a celebrity, and there have certainly been some unlikely hits. But with 48 hours worth of video uploaded to YouTube EVERY MINUTE, how does anyone manage to stand out from the crowd? Why do YouTube videos go viral?

Tastemakers: essentially, this means people with an audience pick up on a video and spread the word. Remember “Double Rainbow?” It was a video posted months prior to going viral, but a Tweet from Jimmy Kimmel sent it into the stratosphere (pun intended). A tastemaker is someone who commands a large following; they mention it, post about it, Tweet it or otherwise bring attention to the video, others pass it on via Facebook, blogs, and Twitter, and pretty soon everyone you know is saying, “What does it meeeeeeean?”

Communities of participation: community participation is how we become part of the phenomenon, either by spreading it or doing something new with it. Many videos inspire a myriad of parodies, remixes and copycats. This changes it from just static entertainment, to something people can be a part of through active participation. Rebecca Black’s music video, “Friday” went viral and within the first week there were parodies for every other day of the week.

Unexpectedness: only videos that are truly unique and unexpected will be interesting enough to go viral. The ordinary doesn’t catch on; things that are surprising and/or humorous just might.

So how can a group, business or community leverage YouTube to best effect? Is it possible to plan a viral video?

It is, but it does require some heavy duty planning and execution. “Post and pray” won’t cut it, so stay tuned; in our next post we’ll be talking about how to go viral on YouTube, and following the path of a planned viral video.